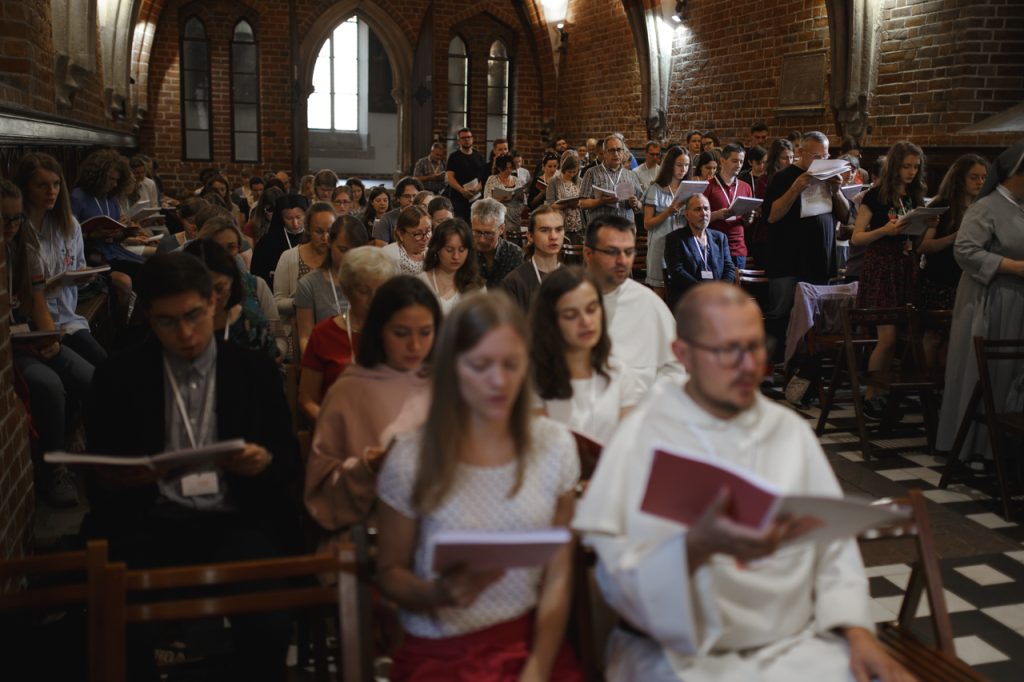 “The experience of beauty, although fundamental in liturgy, cannot be an end in itself,” says Fr. Dominik Jurczak, president of the Dominican Liturgical Center Foundation (DLC). “Beauty directs us to a taste of Him who is the source of all beauty! Therefore, during this year’s workshop, we wanted to take a step further, seeking beauty, not stopping at artistic value, but instead joining the choirs of angels singing ‘holy, holy, holy,’” he explained.

The Extraordinary Music Workshops, organized by the DLC annually since 2013, are also known for their evening concerts and services, which are free and open to the public.

The Premiere Performance of “Noli Me Tangere”

Each of the three concerts this year were excellent. On Monday, the Feast Day of St. Mary Magdalene, concert goers heard the first performance of the “Noli Me Tangere.” The piece was inspired by the encounter between Mary Magdalene and the Risen Christ recorded in the Gospels. “Noli Me Tangere” was created by Paweł Bębenek, Urszula Rogala, and Tomasz Samulnik OP, composers affiliated with the DLC. The composition was performed by a twelve-member vocal ensemble accompanied by the acclaimed jazz artists Piotr Baron (saxophone) and Maciej Adamczak (double bass). 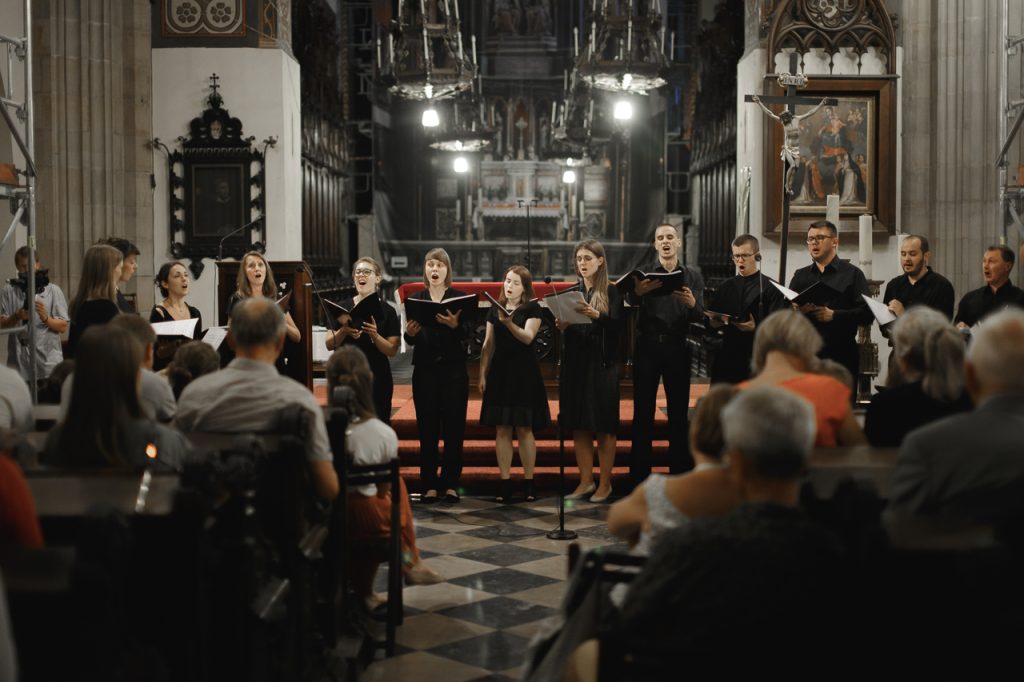 “‘Noli Me Tangere, is an invitation to follow in the footsteps of Mary Magdalene; an encouragement to listen to her testimony regarding the life, death and resurrection of the Lord Jesus,” says double bass player Maciej Adamczak. “The texts, which were selected from Sacred Scripture, were arranged in long and short phrases (while their original shape and sound were maintained). Such arrangement creates a space for Christian prayer and meditation by repeating and pondering the lyrics.”

On Tuesday, workshop attendants heard reverent music at the historic monastery and its cemetery. The musical service was built around the space of the monastery: participants moved between five stations while they prayed and sung. 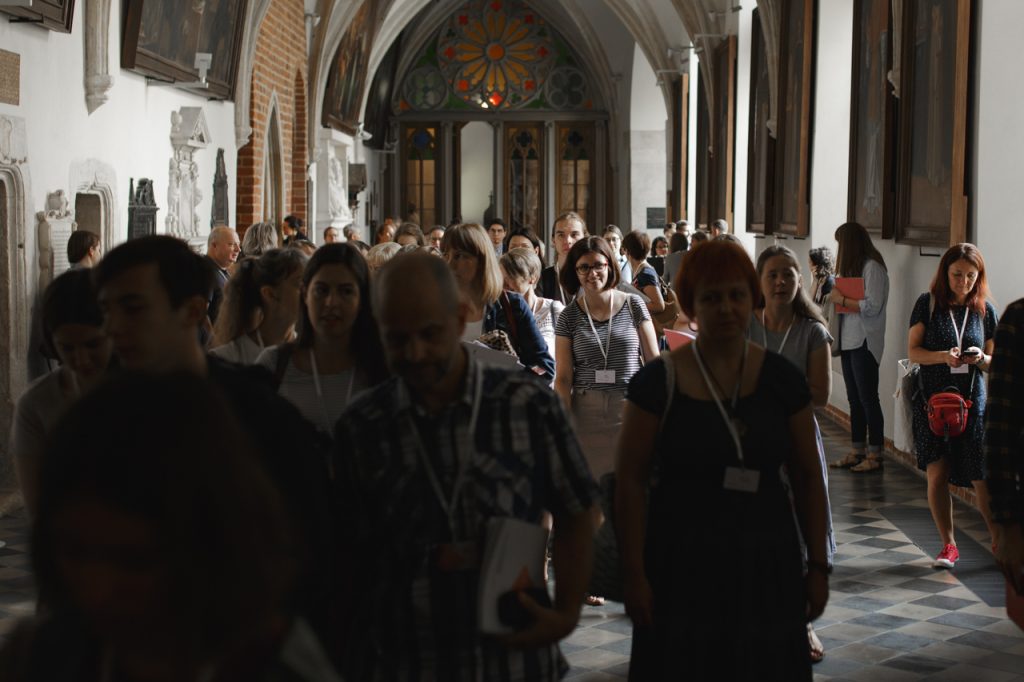 On Wednesday, workshop participants had the opportunity to take part in the traditional vigil before the Feast Day of St. James the Apostle, the Gregorian “matutinum.” The matutinum is a prayer that teaches the person to devote time to God, regardless of any and all adverse circumstances: fatigue, rush, or the technologically run busy life. 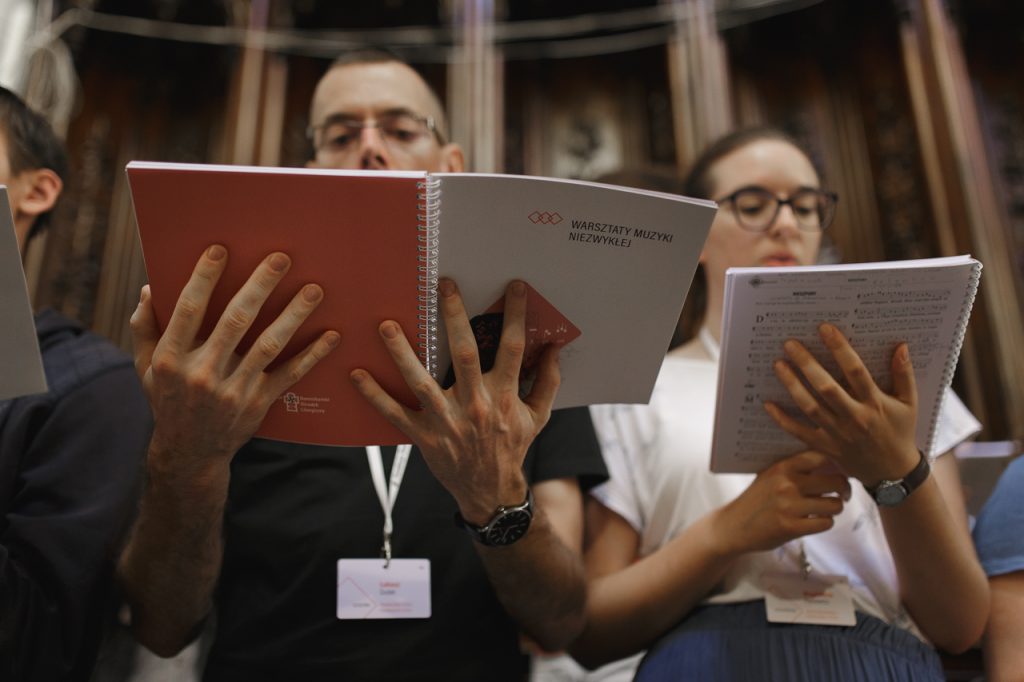 “This year’s workshop had a substantial group of saints as patrons,” emphasized Father Jurczak. “St. Mary Magdalene, who first proclaimed the truth of Jesus’ resurrection, St. Bridget, St. Kinga [of Poland], the Apostle James, and Sts. Joachim and Anne, parents of the Blessed Virgin Mary. Their intercession and example are an inspiration to us, urging us to sing the angelic hymn, ‘holy, holy. holy,’ not only with our mouths, but with our whole lives.”

The first set of workshops ended on Thursday night, which culminated in the premier of Dawid Kusz OP’s new album Ite in Mundum. The concert was the first live performance of pieces from Ite in Mundum. Many of the attendants expressed the joy they experienced. 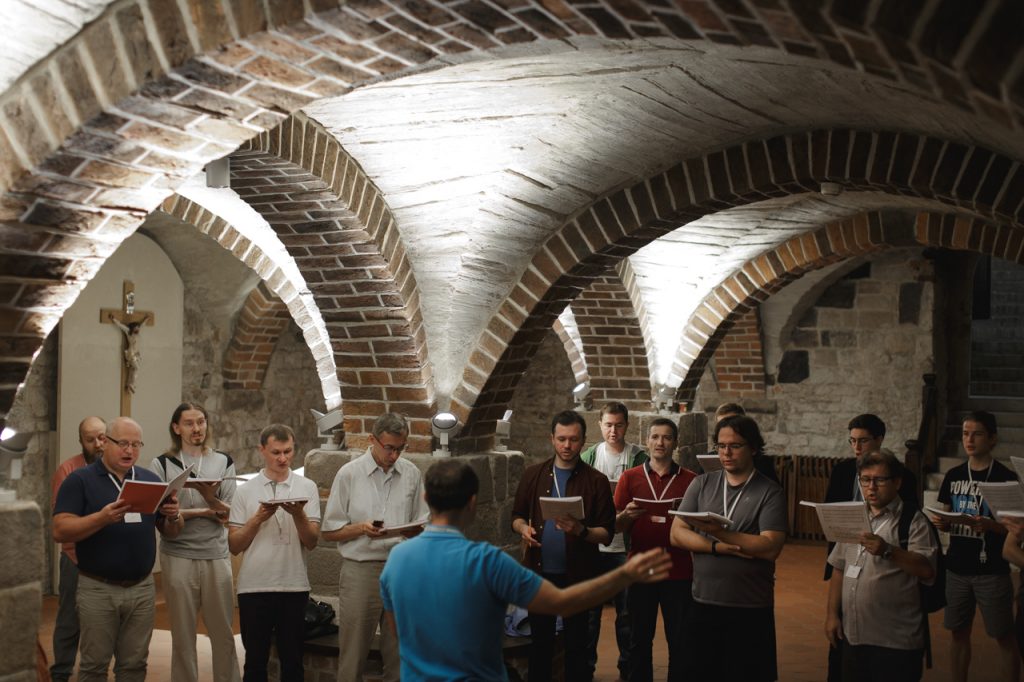 Both returning and new participants joined us for the weekend block of workshops which started Friday. In the evening, workshop attendants visited the monastery for the Passion—a service that allowed participants to ponder the passion and death of Christ in a novel way. The Lithuanian group Gailestingumo šventovės ansamblis, Mercy Ensemble, shared their music in concert Friday night.

“Our group can be best described as one that searches for the beauty of authentic sacred music,” explained one member. “We look for the beauty that reveals the mysteries of the world.”

The Fruits of Hard Work

Every day after the lunch break, where workshop participants enjoyed discounts at 24 of the finest nearby restaurants, Father Lukasz Misko OP offered catechesis lectures that were broadcasted live online. The Extraordinary Music Workshops had an additional aspect of a retreat in Father Dominik Jurczak OP’s daily homilies. 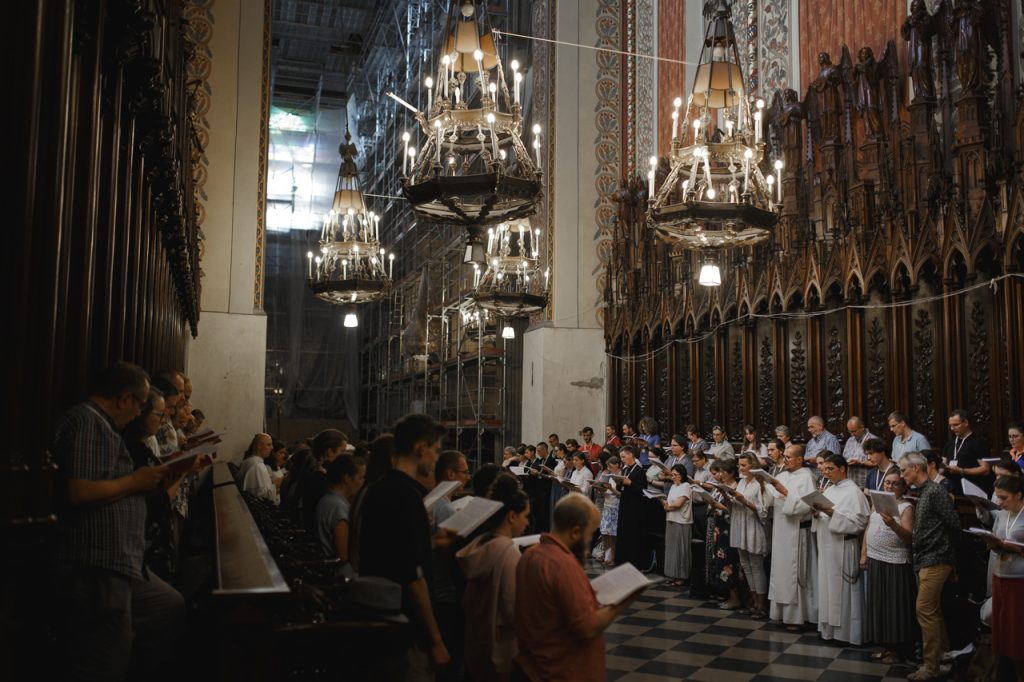 The workshops ended with Sunday Mass. During the homily, Father Jurczak emphasized that the workshops were not intended to elevate the expert. Instead, participants are sent to share their experiences and encounter with the Living God as disciples. The goal of the workshops was to gather a community from all over Poland (and beyond Poland) to support liturgical services in parishes and local communities.

The Dominican Liturgical Center Foundation encourages everyone to consciously participate in beautiful liturgy. It organizes workshops, retreats, and catechesis, publishes books, records music, and creates items that emphasize the content and dignity of liturgical celebration. The DLC organizes an environment for those involved in liturgical renewal. 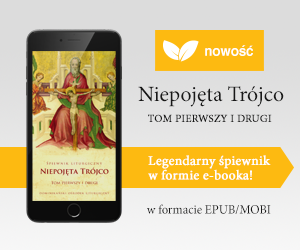